Dr. Davidson is a member of the following organizations: 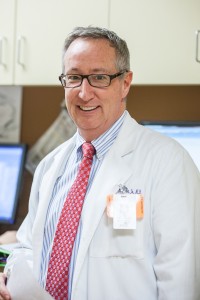 He is Board Certified by the American Academy of Orthopedic Surgeons and served as the Vice-Chief of Staff in 1998 and the Chief of Staff at Maury Regional Hospital in 1999. He was the president of the Tennessee Orthopedic Society in 2017. He is currently president of the Campbell Club, the alumni association of the Campbell Clinic residency program.

Dr. Davidson currently serves on the Credentials Committee at Maury Regional Medical Center. He has also served on the Board of Directors for the Tennessee Children’s Home in Spring Hill and the Board at Columbia Academy. He is a board member of the Ward Society, a group that mentors and provide scholarships for students at Lipscomb University interested in careers in the health sciences.

Dr. Davidson and his wife, Jeannie, have six children and six grandchildren. Taylor is an attorney in Memphis, Austin is doing his orthopedic residency at the Campbell Clinic in Memphis, Emily is a homemaker and former teacher in Franklin, Bryce is a teacher at Columbia Academy, Braden works for a tech company start-up in Nashville, and Kelsey works for a marketing firm in Nashville.

Dr. Davidson has been on mission trips to Ensenada, Mexico, and Honduras. He has served as the team doctor for Columbia Academy for the last 20 years. His hobbies include travel, scuba diving, watching sports, soccer and football in particular, and being with his family.