Dr. Jonathan R. Pettit received a Bachelor of Engineering Degree from Vanderbilt University in 1997. He attended medical school at the University of Kentucky where he graduated with high distinction in 2001 and then completed his internship. His orthopedic surgery residency was completed at the University of Tennessee College of Medicine in Chattanooga. Dr. Pettit received several awards and honors during his education: 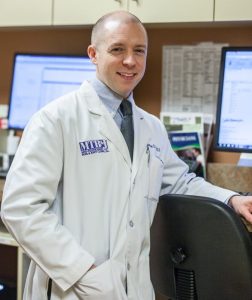 Dr. Pettit currently serves on the physician advisory board at NHC Columbia and is the team doctor for the Columbia Central Lions.  He is a Fellow of the American Academy of Orthopaedic Surgery, and is an active member of the Southern Orthopaedic Association and the Arthroscopy Association of North America

Dr. Pettit was born and raised in Lexington, KY. He and his wife, Eleanor (Ella), have four children. He joined the Mid-Tennessee Bone and Joint Clinic in August 2006.