Dr. Doug Wilburn began his career in medicine by attending Lipscomb University where he received his undergraduate degree in chemistry. Dr. Wilburn received his medical doctorate from the University of Tennessee Health Science Center in Memphis and practiced at Centerville Medical Center in Centerville. Dr. Wilburn completed his internship at Baptist Memorial Hospital in Memphis, TN and later completed his residency at Baroness Erlanger Hospital in Chattanooga, TN.  Dr. Wilburn is active in both civic and professional organizations and is a member of the following societies:

Dr. Wilburn and his wife, Beth, have lived in Columbia for 30 years. Together they raised three children, all of whom graduated from Columbia Academy. Currently, Neil is a CPA in Nashville, Lauren is a dentist in Columbia, and Aaron is an Electrical Engineer in Chattanooga with two children. 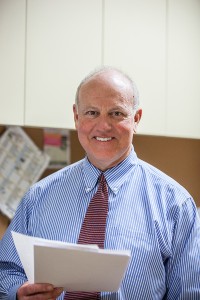 Dr. Wilburn served as Chief of Staff at Maury Regional Medical Center in 1995. He has been involved with Columbia Academy for several years, serving as a board member for 12 years and acting as Chairman of the Board for four years. Dr. Wilburn spent 20 years as the team physician at Columbia Central and Columbia Academy.

His personal interests involve watersports, snow skiing, and road biking. He is active in his local church, having gone on over 15 mission trips to Central America, South America, and Africa through the years.