Posted by Mid-Tennessee Bone and Joint on November 1, 2016

Dr. Scott McCall earned his medical degree from the University of Tennessee Health Science Center in 2001. He joined Mid-Tennessee Bone & Joint in August of 2006 after completing his residency at the Campbell Clinic in Memphis.

Dr. McCall chose orthopedics as a career partly due to his interest in sports. As a student at The College of William and Mary, he was a three-year captain of the men’s gymnastics team. He was an All-American and won several national championships, including the 1996 NCAA National Rings title. During his senior year, he was on one of the eight finalists for the Nissen Award, the equivalent of the Heisman Trophy of Men’s Collegiate Gymnastics. 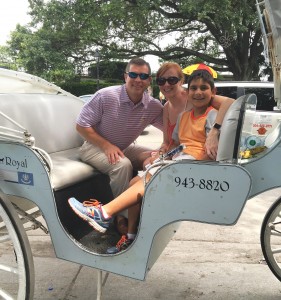 At The College of William and Mary, Dr. McCall earned an NCAA post-graduate scholarship and went to medical school with the intention of becoming an orthopedic surgeon. He chose to join MTBJ because it proved to be a great opportunity to practice with a quality group of doctors. Dr. McCall is fond of the small town community feel that the Columbia area offers.
When asked about what he is most proud of professionally and personally, Dr. McCall pointed to the fact that he is able to provide quality outcomes to patients in the Middle Tennessee area. “It is rewarding to help people with orthopedic problems and give them a new lease on buy clomid.” He introduced new technologies to the Middle Tennessee area such as the MRI guidance of total knee replacements and cutting edge trauma products. “Patients in our community receive high quality orthopedic care with the most advanced technologies our field has to offer.”

Giving back to the community is the MTBJ way and Dr. McCall is no different. He has served as the team physician for the Spring Hill High School football team since the 2006 season. He also serves on several committees at his church and volunteers his time by giving free sports physicals to athletes in Maury and surrounding counties.

Dr. McCall’s hobbies include playing golf and he loves watching college football, making fall his favorite time of year. He especially enjoys going to University of Tennessee football games and has been attending them almost his entire life with his dad.

Dr. McCall and his wife, Krisi, were married in May 2004 and reside in Franklin with their son Miles.