Posted by Mid-Tennessee Bone and Joint on November 22, 2016

Dr. Erion Qamirani – or Dr. Q, as he is casually known to his patients – joined the practice in October 2013. Before landing in Middle Tennessee, he spent time in Texas, Toronto, and California to complete his studies. He received his undergraduate degree from McMurry University in Abilene, TX, and his PhD and MD from Texas A&M. His orthopedic surgery residency was completed at the University of Toronto in Ontario, Canada, and his spine surgery fellowship was completed at the University of California San Francisco. Dr. Qamirani’s main focus will be back pain and spine surgery. We are thrilled to have a dedicated spine surgeon as a convenience for all of our patients.

At the completion of his spine surgery fellowship, Dr. Qamirani sought out many different locations to begin his practice. In the end, MTBJ offered the best opportunity for him and his family. He was very impressed with our physicians and the practice opportunity at the clinic. Our core belief of providing great italy med in a conservative manner exactly matched Dr. Qamirani’s views, and we have seen firsthand that he is a wonderful match for our clinic. 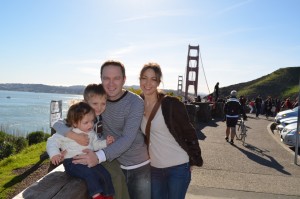 He noted that the greatest change he has seen in Orthopedics is the focus on cost savings within the practice without having to sacrifice care. He says these are difficult times for the practice of orthopedics and medicine in general, but he fully believes that by placing the patient first we will succeed. Just recently, Dr. Qamirani was the first to perform a cervical total disc arthroplasty as an outpatient in the Surgery Center of Middle Tennessee, located downstairs in our office building.

Professionally, Dr. Qamirani is most proud of receiving the Lawson Senior Award for Highest Academic Achievement of Graduating Residents at the completion of his residency training in Toronto, and also finishing his spine surgery fellowship at one of the best programs in the country.

Personally, he is most proud of his amazing wife who supported him through the many years of medical training and of his two kids. He is also very proud to have been raised in a great family with two wonderful parents and a loving sister.

When he’s not at the clinic, he appreciates being able to spend time with his family. He also enjoys playing soccer, mountain biking, basketball, canoeing and watching college football (Gig ‘em Aggies!!). Dr. Qamirani has been married to his wife Joana for 10 years, and they are blessed to have a son, Mason, who is eight, and a daughter, Gina, who is four. They spend a lot of time together, and they especially like traveling to different areas of the country.